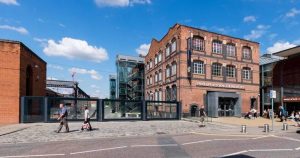 Museum of Science and Industry

It was a rainy Saturday morning in Manchester as over 100 people queued up to enter BritizenCon 2019, our fourth event. Having spent three years at the Radisson Blue in Manchester Airport, it was time for a new venue. This time it’s the Museum of Science and Industry in the city centre. 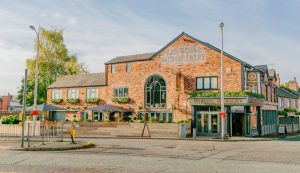 The night before, many of these budding pilots and explorers had descended upon the Brewhouse & Kitchen in Wilmslow to meet with CIG staff as they left the office for a few after-work drinks in the first of BritizenCon’s, now traditional, two BarCitizens. The BritizenCon organisers joined them for a drink or two but snuck off early to their beds – it was going to be a long day tomorrow.

At 7am two vans parked up outside the venue, followed by a third a short time later. Breakfasts were quickly demolished and what seemed like thousands of boxes were piled into the service lift over the course of the morning to get the venue ready for guests. The set up was not without its difficulties and we started letting people in a few minutes late. But then it wouldn’t really be a BritizenCon if everything ran to time, would it?!

On entering the venue, the attendees were greeted with the, now well known, sight of the reception desk from Port Olisar, lovingly brought to life by JR Design & Fabrication. After taking the option to buy raffle tickets, the top prize once again being a 6’x4′ signed concept art canvas print donated by CIG, attendees turned the corner to be greeted by the smiling faces of Baz and Ali from SpecialEffect! SpecialEffect is a wonderful charity that helps disabled gamers to better experience the games they want to play, regardless of their disabilities. We were delighted that they were able to join us for a second year.

Next stop in what we called the Competition Hall (a name whose origin will become readily apparent soon) was the stand of JR Design & Fabrication. Our VIP ticket holders would have stopped off here to collect their exclusive 3D printed Freelancer Max models. They also had their new Greycat Buggy model kits on sale.

If at this point you were to face the centre of the Competition Hall, you would have seen on your left the PCs for our Dogfighting Competition (See? Now you know where the name came from!). Sixteen pilots fearlessly duked it out to see who would be crowned this year’s BritizenCon Dogfighting Champion! 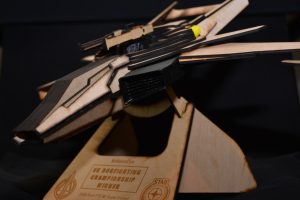 And on the right of the hall we had our streamers! Our heroic heroes, Mac and Myz, with great vigilance, valiantly streamed throughout day, only occasionally to be heard muttering something about tech issues! We were also delighted to be joined, for the first time, by French streamers from Pulsar42. We hope that this will be the start of an ongoing connection between ourselves and our European counterparts for the benefit of the Star Citizen fan community as a whole.

Walking on to the end of the Competition Hall and through the left hand door, you would enter the aptly named Bar Room containing possibly the most important aspect of any BritizenCon: the bar! Our friends from the Republic of Lorell were set up here and were joined by our new exhibitor for this year: Chris Harrow and his Xi’an Workshop. We also had our Wing Commander consoles set up in the corner of the room, which provided attendees with entertainment through the entire day. 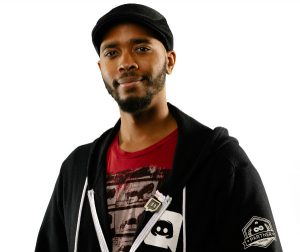 The final room on your little tour is the Main Hall. Events in here began at 1pm with a welcome address in a classic, improvised style from Chris, our Chief Organiser. Myre then took over for the main event, the four panels of the day. These panels were all filmed and you will find those videos in the Panels section below when they are ready (soon™).

As the day drew to a close, Azzuzu was crowned Dogfighting Champion, raffle prizes were drawn (including prizes from CIG, JRDF, SpecialEffect, and Moose Juice!), and we ended the event with some heartfelt words from Brian Chambers.

And then it was off to Lock 91 for BritizenCon’s second BarCitizen where attendees were joined a couple of hours later by some very tired organisers and volunteers.

Missed out on merch this year but still would like some? Got a T-shirt but would like a hoodie as well? Couldn’t make the event this year and you’d just like to show your support? You can get your hands on Official BritizenCon 2019 merchandise in our Teespring Storefront! In addition to the T-shirts and hoodies shown below, there is also the option to buy a BritizenCon 2019 tote bag or mug! The profits from every purchase helps to fund future events. 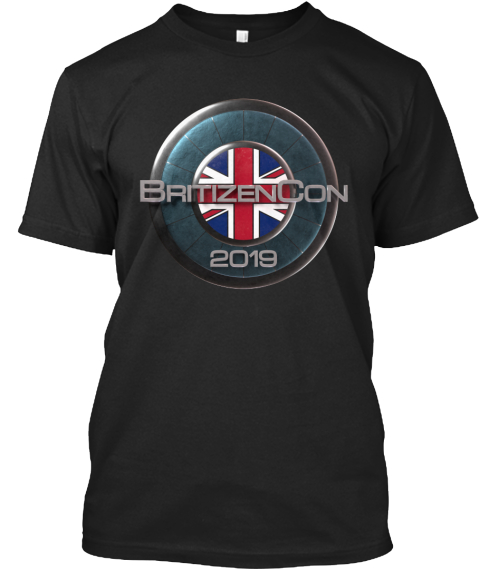 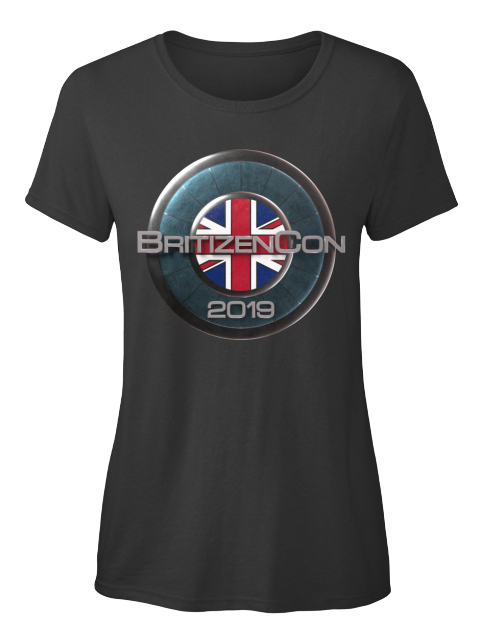 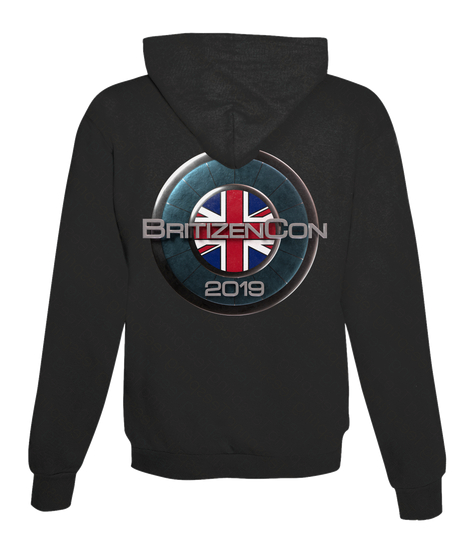 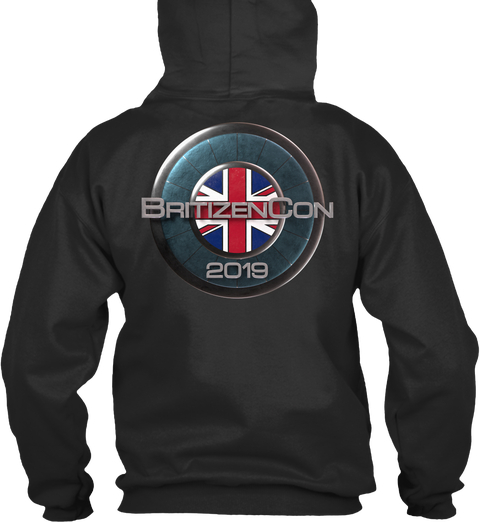 Muscle Moose, who kindly donated a collection of their products for our raffle (most prominently: Moose Juice!) have provided us with a discount code that will give 25% off on orders placed on musclemoose.co.uk. UK customers only. The code is: star25

JR Design & Fabrication Ltd will be returning for BritizenCon 2019 as exhibitors and will be available in our exhibitor hall. JRDF were first seen at BritizenCon 2017 and are now well known among the Star Citizen community for their work on show at CitizenCon over the last two years.

JR Design & Fabrication Ltd are also responsible for the 3D printed Freelancer Max model available exclusively with our VIP ticket tier. These will be available for collection, by those who bought this tier, from their stand at the event.

We are pleased to announce that SpecialEffect will be returning for BritizenCon 2019. SpecialEffect are the gamers charity who put the fun and inclusion back into the lives of people with physical disabilities by helping them to play video games.

SpecialEffect will be available in the exhibitor hall for you to find out more about the valuable work they do in bringing gaming to people to whom it was previously inaccessible.

SpecialEffect is the Oxfordshire based charity that uses technology to enhance the quality of life of severely disabled people, including stroke, traumatic injury, life-limiting conditions and injured soldiers. Their mission is to empower anyone – whatever their disability – to participate, aiding rehabilitation, self-esteem and vital inclusion. 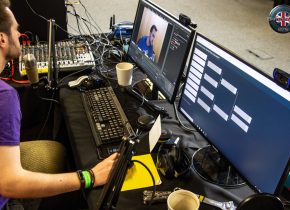 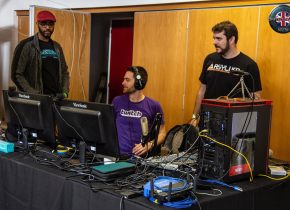 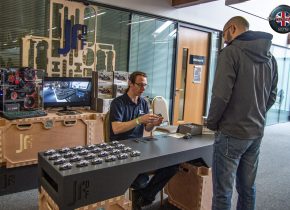 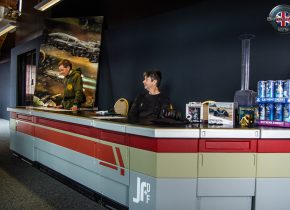 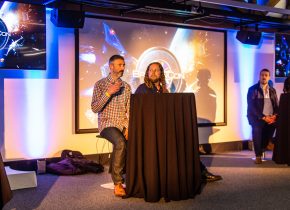 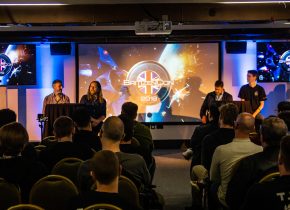 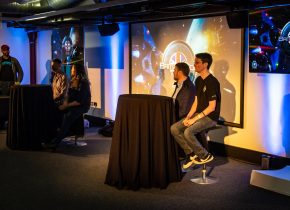 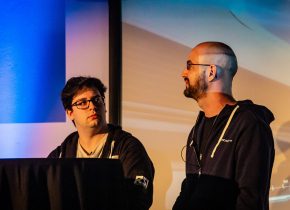 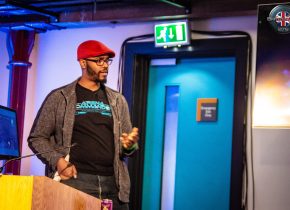 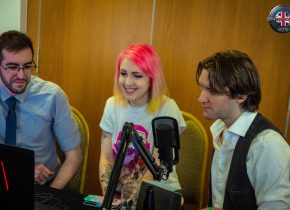 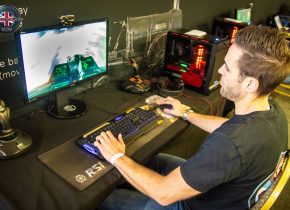 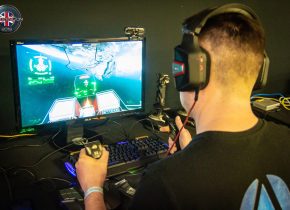 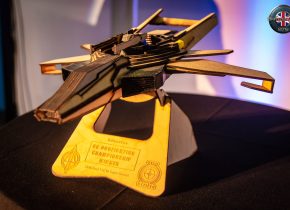